Akagera national park is Located in the northeast of Rwanda along the border with Tanzania. Although founded in 1934, much of the park was re-allocated as farms and in 1997 the park was reduced in size from more than 2,500 sq km (nearly 10% of the surface area of Rwanda) to its current extent of 1,122 sq km. Since 2010, a joint venture with African Parks has seen Akagera national park return to its former glories.

It is named after the Akagera River that flows along its eastern boundary and feeds into a labyrinth of lakes of which the largest is Lake Ihema. The forest-fringed lakes, papyrus swamps, savannah plains, and rolling highlands combine to make Akagera National Park among the most scenic reserves anywhere in Africa. It has exceptional levels of biodiversity and forms the largest protected wetland in central Africa.

Akagera national park combines well with Nyungwe forest park and the Volcanoes National Park to offer a great Rwanda safari element as it is home to many large plains game species as well as species restricted to the papyrus swamps such as the Sitatunga and the sought-after Shoebill Stork. Notable plains wild animals include elephants, buffalos, topis, zebras, waterbucks, roan antelopes, and elands.

Other antelope are duiker, oribi, bohor reedbuck, klipspringer, bushbuck and impala. Of the primates, olive baboons, vervets, and the secretive blue monkey are seen during the day, with bushbabies often seen on night drives.

Of the larger predators, leopards, hyenas,  side-striped jackals, and lions were re-introduced. Also, the reintroduction of the black rhinos recently has restored Akagera’s ‘Big 5’ status.

Due to its wide variety of habitats, Akagera national park is an important ornithological site with nearly 500 bird species. The rare and elusive shoebill shares the papyrus with other rarities such as the exquisite papyrus gonolek and countless other water birds that inhabit the wetlands in large numbers.

Things to do in Akagera National Park

We offer vehicles available to hire that come along with a driver for touring Akagera national park plus the park offers guides who will also be with you on your tour. However, it is also possible in Akagera to self-drive your own vehicle around the park.

Guides are available to accompany you on your drive. The guides can direct you to areas where wildlife is most abundant and guide you to stunning scenic spots that you may otherwise miss. There is a two-tier guiding system in the park with 10 park-employed guides and 15 community freelance guides.

As a park visitor, and subject to availability, you may choose to take a park-employed guide who has guiding experience ranging from 2 to 12 years in Akagera National Park and has undertaken training in content, interpretive guiding, and first aid in the past 2 years. Or, you can choose one of the Community Freelance Guides, who are enthusiastic, fast learners.

They have completed an in-house training and assessment program. Both guides are dedicated to providing an authentic experience and supporting the success of the park. By choosing a freelance guide you are strengthening the relationship between the park and the local community, by stimulating economic development and allowing community members living alongside the park to benefit from the tourism growth in Akagera national park.

If you are looking for a variation of the usual Rwanda safari experience, a boat trip on Lake Ihema will not disappoint. Drift along the forest-fringed lake edge, past huddles of hippos and basking crocodiles. For the serious birder, a boat trip is a must. Trips are scheduled 4 times every day.

Non-scheduled, private, trips can also be arranged at other times. Lake Shakani is the site of sports fishing in the park; by spending a relaxing day fishing off the lake shore and then cooking your catch over an open fire at the campsite. 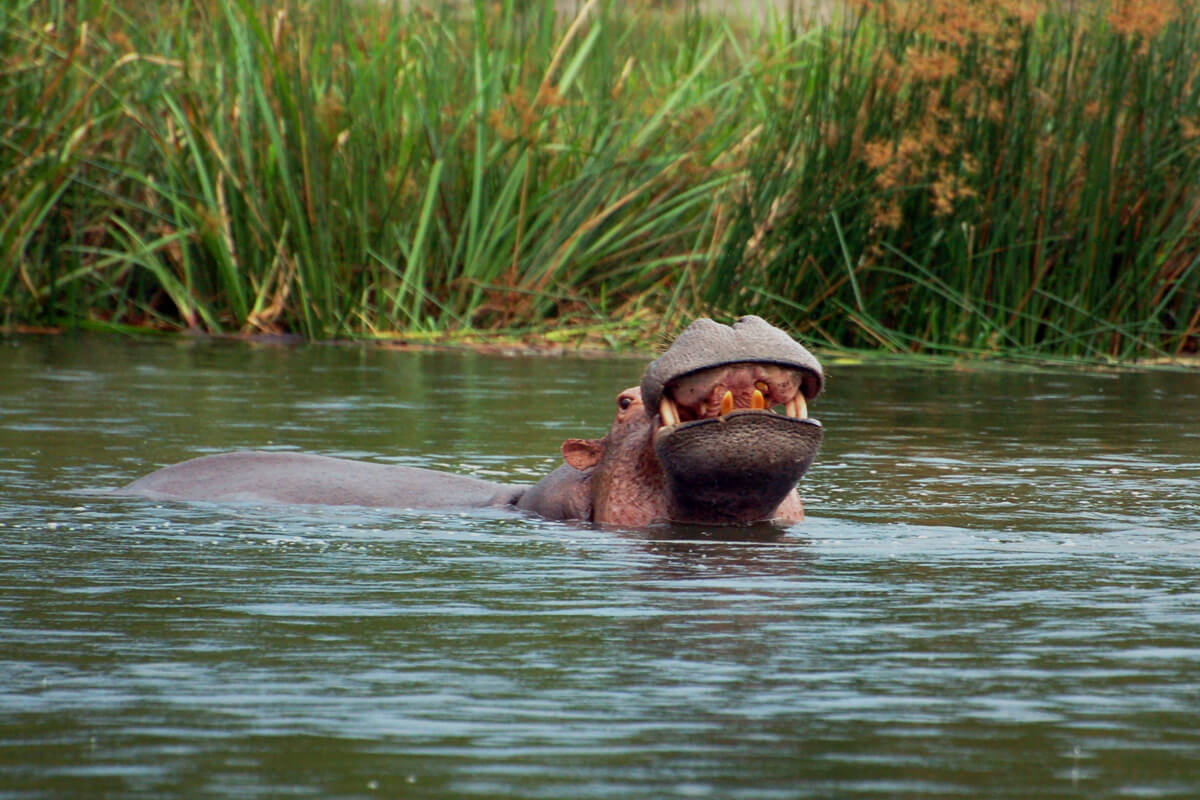 Birding safaris are popular amongst regular visitors and the immense variety and abundance of species will not fail to impress. From the vast concentrations of waterfowl to the myriad of savanna species, there is never a dull moment, with more than 500 species recorded in Akagera national park.

Serious birders can seek out several endemic species as well as rare gems such as the near-threatened papyrus gonolek (Laniarius mufumbiri), which is restricted to papyrus swamps, the localized red-faced barbet (Lybius bidentatus), and the sought after swamp flycatcher (Muscicapa boehmi).

How to get to Akagera N.P

Akagera can also be accessed by flying a domestic airline from Kigali to Akagera.

Rwanda’s Kigali International Airport receives many international flights and therefore it shouldn’t be hard getting to Rwanda.

The best time to visit Akagera National Park in Rwanda is between June and September. These are the dry season months when animals can easily be found in big numbers near permanent water bodies.

Akagera, just like Rwanda and all of East Africa experiences warm sunny days all year round. This means you can visit Akagera at any time of the year.

For people who prefer smaller tourism crowds, Akagera can be visited in the rainy season when the whole park is lush and green. Rain/wet seasons are also ideal for photography and bird watching.

Where to Stay in Akagera N.P

Akagera National Park has many hotel and lodge options to suit the budget and style of the traveler. There are some campsites which can also be used for those who prefer to spend their wild night directly under the stars.

For your trip to Akagera, we advise booking your accommodation ahead of time, especially during the high-season summer months.

Akagera National Park is Rwanda’s premier park for wildlife viewing safaris. The park’s popularity has been growing due to the great experiences that people enjoy on safaris in the park. Akagera can be visited as a single destination or as part of a longer trip that visits various parts of Rwanda.