Ziwa Rhino Sanctuary was established in 2005 to re-introduce rhinos to Uganda after their extinction during the chaotic 1970s and 1980s.

In as much as Rhinos were plentiful in Uganda’s protected areas, the instability of the 1970s and 80s led to their extinction due to poaching. In 2005, Ziwa Rhino and Wildlife Sanctuary was set up with the purpose of reintroducing rhinos in Uganda and eventually transferring the rhinos to the national parks and wildlife reserves where they once roamed freely.

The Ziwa Rhino Sanctuary spans 70 square kilometers of predominantly acacia-dominated woodlands, with a mix of thickets, grasslands, and swamps & ponds. Other than the Rhinos, the sanctuary is home to an array of wildlife, including up to 26 mammal species.

Valley dams have been constructed to supplement the available water sources and to cater for the rapidly increasing game at the sanctuary. They have also become habitats for crocodiles and other water wildlife.

For the avid bird watcher, the Ziwa Rhino Sanctuary is very rich with woodland, grassland, and some waterbirds at the swamps & valley dams. Up to 351 species of birds have been recorded so far. 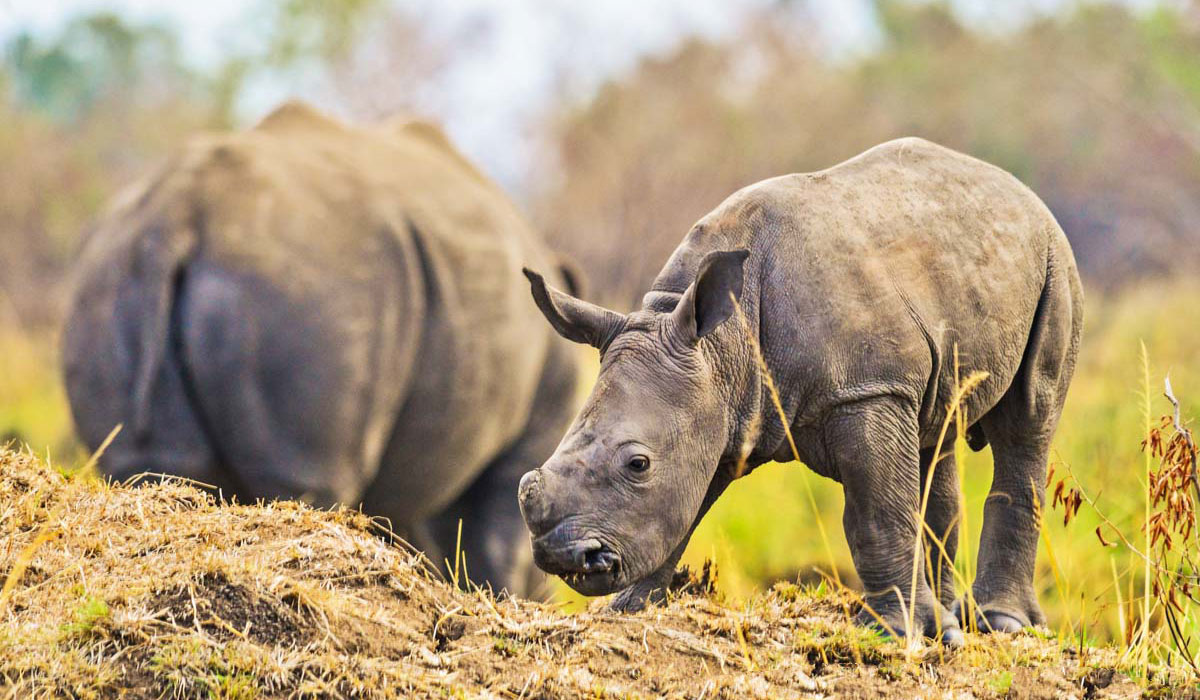 The Lugogo Swamp which is the biggest of the swamps at the sanctuary is good for the Shoebill and a good number of waders and water birds.

Things to do in Ziwa

Rhino tracking is the main activity at the sanctuary. It involves trekking through the thickets to find the rhinos, and this activity normally lasts between two to three hours.

The trek starts from the sanctuary headquarters accompanied by an armed ranger that is assigned by the sanctuary authority. The rangers are very knowledgeable guides that will brief you on the safety precautions before trekking and also feed you with valuable information about Rhinos and the wildlife of the sanctuary.

The White Rhinos, the only species of rhinos at the sanctuary, by nature are not as violent & aggressive compared to their counterparts the Black Rhinos. Hence there is little chance of a rhino attack as long as you observe the tracking guidelines as shall be laid out by your guide.

Birding at Ziwa Rhino Sanctuary entails driving the dirt truck observing the edges of the woodland, and thereafter hiking into the woodlands and bushes, scanning the vegetation for birds.

Explore the swamps and valley dams for some waterbirds, and good chance to catch the Shoebill. A Shoebill canoe ride is available at Lugogo Swamp.  Ziwa has knowledgeable bird guides/rangers who can identify over 350 species at the sanctuary.

In 2 to 3 hours, you can accumulate a list of up to 100 species out of the possible total of 351 at the sanctuary.

You will drive on the tracks and walk the trails through the bushes for a chance to view lots of animals up close.

It is a prerequisite to take along an armed ranger from the sanctuary headquarters who knows the best trails for the best wildlife experience. Antelopes such as Bushbucks, Duiker, Oribi, and Uganda Kob are in plenty,

Ziwa Rhino Sanctuary is located around 160 kilometers northwest of Kampala – Uganda’s capital and biggest city. Driving from Kampala to Ziwa takes an average of 2.5 hours.

Ziwa is found along the way to Murchison Falls National Park and is often visited as a stopover attraction between Kampala and Murchison Falls. However, Ziwa can be visited on its own especially if you want to spend more time with the Rhinos as well as the plentiful birdlife.

Ziwa Rhino sanctuary is often visited as a stopover and thus has limited accommodation infrastructure when compared with other Ugandan attractions. There are still a good number of options for the various preferences and budgets, including fantastic camping.

Ziwa’s location near Murchison Falls National Park and Masindi town, adds to the possible options for accommodation within a short drive from the sanctuary.

Here are some relevant safari packages that go to Ziwa for rhino tracking, wildlife viewing, birding, and other activities.